Don’t Ask, Don’t Get: Why Women Need To Advocate For Themselves 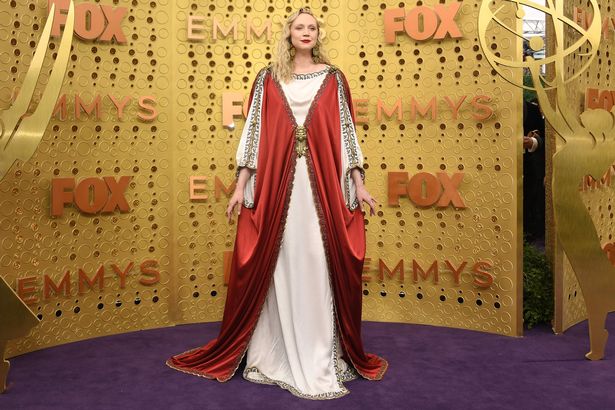 Anyone who watched Gwendoline Christie on the red carpet at the Emmys on Sunday would probably have known that she was in the running for the best supporting actress award. What some may not know, however, is that she put herself up for the nomination. Having been overlooked by HBO at submission time she took matters into her own hands.

Christie wasn’t the first or the only one to self-submit but her action seems to have caught the popular imagination and the response has been almost universally positive. This should encourage women everywhere. Because while Christie, at 6 ft 3”, is widely reported as having had to break down doors to get considered for roles, many women in the workplace would be hugely uncomfortable with the idea of self-advocating in this way. This is a problem. Because how do you get promoted to a senior position, selected for an important project or – yes please – nominated for an award if nobody knows how good you are or, worse still, who you are at all?

So the key to promotion is… self promotion

According to a recent Forbes article, a key reason for many women not being promoted is lack of visibility. An HR specialist I spoke to recently claimed this is a widespread problem. Her advice was that if women want to get ahead at work they need to work on increasing their visibility. In other words, women need to advocate for themselves.

This means volunteering for key projects, offering to give presentations, publicising accomplishments and broadcasting the work of their teams more widely. There may be more factors at play than this but, if it’s true that women miss out on promotions because senior leaders have no idea who they are, then it is worth addressing the visibility issue as a starting point.

Of course, being your own cheerleader has its disadvantages. Research by the Lean In Organisation revealed that societal expectations mean self-promoting women can be judged more harshly than men. So how do women reconcile the need to showcase their talents with the potential downsides? How can they self-advocate in a way that doesn’t cause them to be seen as pushy or self-serving?

There are no simple solutions but here are my top tips for effective self promotion:

Get your head around it

The first time I had to stand in front of a group and talk myself up I nearly choked on my words. Not because I didn’t believe what I was saying, but because I felt I “shouldn’t” be saying it. Like many women, I believed that my work should speak for itself. But the male coaches I work with often spent a good five minutes at the start of a workshop talking about their achievements and accomplishments, so I quickly decided to get more comfortable with talking about mine.

It helps a lot to reframe the action in your mind. Tell yourself that it’s not boastful or bragging behaviour, simply showcasing your ideas or your skills. Or turn it into a story. Telling a personal story that demonstrates your expertise is much less awkward that talking about it – and has the added benefit of offering proof.

Have you ever checked out a female friend’s profile on a dating website and thought “Well, I know you’re fabulous but, reading this, no one else is going to”? Let’s face it, most women don’t sell themselves well (although, to be fair, many men don’t either).

Getting comfortable about describing your strengths and the value you have to offer isn’t easy. Ask your peers to help you work on your personal brand statement. What would they say about your talents or what makes you unique? Use their words and resist the urge to tone them down. I have written far better and more complimentary profiles for my friends than they could ever have written for themselves.

Women are amazing advocates for others. The researchers Smith and Huntoon relate an example of a university magazine calling on women faculty to write in and “share their successes”. They received no replies at all from women talking about their own success. What they did get was an avalanche of replies from women telling them about the great work other women were doing. Let’s use this ‘weakness’ in our existing behaviour to benefit all of us. Turn self-advocacy into other-advocacy whenever possible.

Broaden your network and look for mentors or sponsors who will promote you and talk you up. It never hurts to spread your net wider and having high profile sponsors will mean you need to self-advocate less anyway. I am often asked for recommendations from previous clients on LinkedIn and I’m always happy to oblige. Ask others to advocate for you.

Create a bigger reason than yourself

Margaret A. Neale, who runs negotiation classes at Stamford University, suggests that in situations like a salary negotiation you find a communal reason for asking for more. Make the case for how your competencies will solve a particular problem or fill a specific need. She says that men can simply talk about their competencies but women are better off connecting their competencies with a common concern. (I have to say I find this quite depressing but, if it works as a strategy, it’s worth noting.)

Capitalise on your opportunities

When you get praised by your line manager for a particular skill or a job well done, take the initiative right away and volunteer for a similar role or opportunity to use that skill again. And when you have your moment in the sun, make sure everyone knows about it (use your network to help get the word out, if that helps). It’s always easier to create momentum around an existing success than to get the success noticed in the first place.

When Gwendoline Christie attended the Emmys on Sunday, she ensured even more publicity for herself with an outfit that nodded to her Game Of Thrones character, delighting fans and press alike. We’re not all headed for the red carpet, of course, but you get the idea.

Christie didn’t win best supporting actress on the night but being nominated was a huge win in itself, raising an already high profile even higher. She has strengthened her brand, establishing herself as a woman who fights for what she believes on and off screen. And the amount of positive column inches she has earned can’t possibly harm her career.

So, next time you’re considering whether it’s worth volunteering yourself for a project or rewriting your LinkedIn profile, channel your inner Brienne of Tarth and be your own champion.

If you want to work on your executive presence, communication skills or public speaking style, contact us at: info@bespoke-coaching.com or sign up to get our monthly blog straight to your inbox.