Eric Yuan, Zoom Bombers and The Art Of Saying Sorry 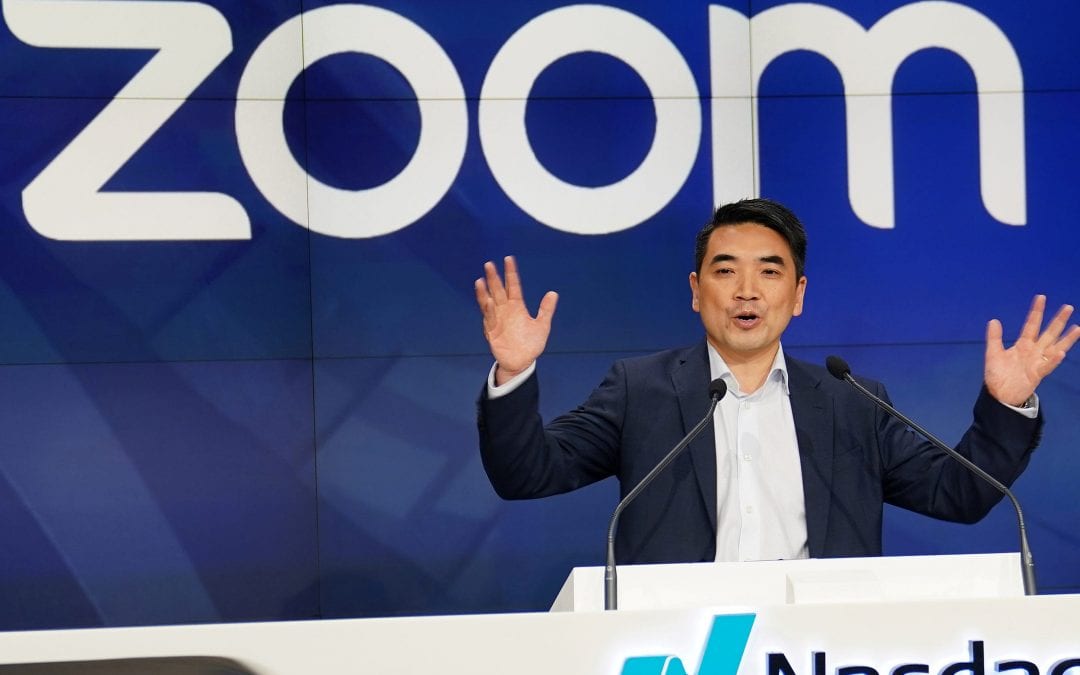 Eric Yuan, Zoom Bombers and The Art Of Saying Sorry

For just five little letters and considering its casual application to everything from cutting in line to someone accidentally stepping on your toes (although that may just be the British…), when it comes to business, sorry really does seem to be the hardest word.

It shouldn’t be. Accountability is an important aspect of trust in ALL relationships and a cornerstone of effective leadership. Rather than looking like a weakness, when it’s done right holding yourself accountable for mistakes is a show of strength and integrity that will help to rebuild trust and maintain your credibility, whether it’s to a client, a customer or even your own team.

Eric Yuan, founder and CEO of Zoom – the video conferencing app that’s gone from a little-known business platform to a multifunctional tech must-have in the time it takes to say ‘I’ll send you a link’ – is a case in point.

First hailed as a communication saviour for both business and individuals during the current world-wide lockdowns, a series of high-profile incidents and questions around data privacy quickly changed Zoom’s news story for the worse.

But rather than doubling down, becoming defensive or disappearing, Yuan stepped into the glare of the global media spotlight and did what so few in his position (yes, we’re looking at you Mark Zuckerberg) tend to – he began by saying sorry. And then he promptly took himself off to do something about it.

Of course, what those changes will be and how well they’re implemented are still to be seen (at time of writing, this remains an active news story), but the point is he publicly and apparently of his own, sincere volition offered his users and anyone else who cared to criticise or listen what we in the field like to call a ‘meaningful apology’.

A meaningful apology is defined by and effectively communicates the three R’s: regret, responsibility and remedy. It is meaningful because it is ‘active’ as well as sincere, comprising:

They are, in other words, the very opposite of what so many public figures and business leaders so often seem to think (or rather more wishfully hope?) will pass for apology. A classic example of this was Mark Zuckerberg’s original defence of Facebook and its use of data in the wake of the Cambridge Analytica scandal in 2018. (NB: a meaningful apology is never a defence.)

Over the course of 935 words the closest Zuckerberg came to apologising was to concede: ‘…we also made mistakes, there’s more to do, and we need to step up and do it.’

So not an apology, but a concession squeezed at the end of a 935-word statement that suggested a remedy might well be needed, but without any clear example of what form that might take and when. The word ‘sorry’ was never used. A ‘non-apology apology’, in other words.

But hey, it’s only a word, right? Does it really matter? Yes, it does. Saying sorry matters because, as noted above, a meaningful apology is more than a single word – it is a single word that sets off a chain reaction that leads to change and – hopefully – positive resolution.

The non-apology apology, on the other hand, is the emperor’s new clothes of sorries – it may be ubiquitous in the public realm and in business, but people aren’t fooled. In fact, it’s treating them as if they might be that will get you into further trouble.

When accountability is ignored it breeds resentment. Failure to fully and properly admit you’ve done something wrong can’t be hidden in a well-crafted speech or expert delivery. And if you think you got away with it because no one pulled you up on it, think again.

People have a lot to lose by criticising leaders, which means they think twice (or more) about doing so. But their silence doesn’t mean that you’ve been exonerated. Quite the opposite. Without healthy communication and the steady building of trust that goes with it, respect deteriorates. That, in turn, can lead to a workplace in which employees no longer feel aligned to the company’s values.

Once again, then, back to Eric Yuan to show us how it’s done:

‘We recognise that we have fallen short of the community’s – and our own – privacy and security expectations. For that, I am deeply sorry.’ … ‘Zoom will stop adding new features for the next 90 days and instead focus solely on addressing privacy issues.’

Regret. Responsibility. Remedy. They were all there. Not just once, but many times over. Yuan spoke to subscribers for over two hours in a live YouTube stream addressing concerns and the response from users was almost universally positive (although, of course, he’ll need to make good on those promised upgrades).

So for any business leaders reading this article, remember: it’s up to you to set an example.  Why not – if the situation requires it – start with saying sorry?

If you’d like to know more about our communication skills workshops or any of our other leadership development programs, contact us here for more information.